How to get to the Island of Elba:

It takes just one hour to cover the about 10 km which separate the island from the mainland, and reach the ports of Portoferraio (the main point of entry), Rio Marina and Cavo.

There is also a passenger-only hydrofoil service which reaches Portoferraio in just 35 minutes. Booking is not essential but it is recommended to avoid tiresome queues.

By car:
From the North : From Milan, A1 motorway, at Parma Ovest take the A15 motorway which leads to the A12 Genoa-Livorno motorway, exit at Rosignano, continue along the state highway to the Venturina-Isola d’Elba junction then follow signs for Piombino Marittima.

From the North-East : A1 motorway for Bologna-Florence-Pisa-Livorno: leave the motorway at Rosignano and keep on along the state highway to Venturina-Isola d’Elba then on to Piombino Marittima.
As an alternative, take the Florence-Pisa-Livorno highway: exit at Collesalvetti, take the motorway again to Rosignano Marittima, follow the highway to Venturina-Isola d’Elba and then continue to Piombino Marittima.

From the South : A12 Rome-Grosseto motorway: Aurelia highway to Venturina-Isola d’Elba then on to Piombino Marittima.

By plane
Elba is accessible by plane thanks to the airport at Marina di Campo, with flights to various cities in Europe. There is a daily minibus shuttle service between Elba and Pisa airport.
A taxi service from the airport provides trouble-free onward transport to the island’s various towns and villages.
Silver Air

By train
The station of destination for those travelling to the island of Elba by train is Piombino Marittima.

We do not issue rail tickets; please use the official Italian State Railway site for information about timetables, train types and fares.
www.trenitalia.com
www.bahn.de

By bus
During the summer, the island of Elba is connected to Milan, Florence and Grosseto by scheduled bus services of Arzillibus e Autostradale. 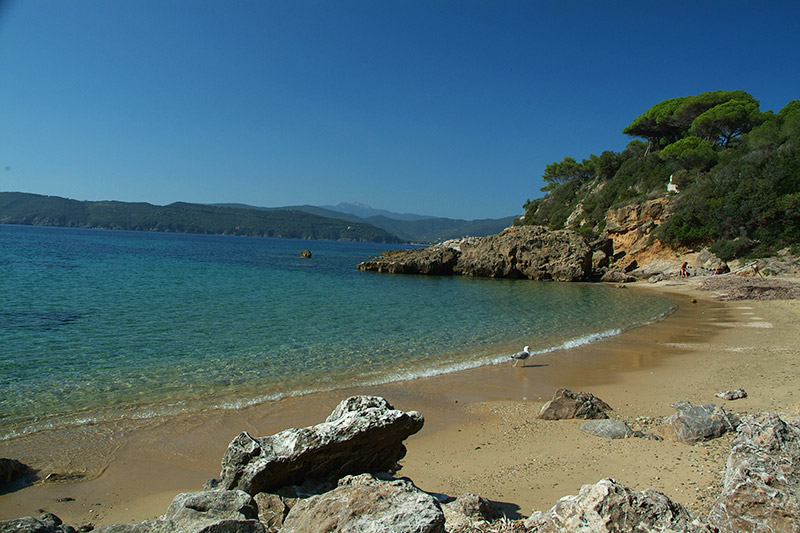